INSTRUCTIONS
● Answer all questions.
● Use a black or dark blue pen.
● Write your name, centre number and candidate number in the boxes at the top of the page.
● Write your answer to each question in the space provided.
● Do not use an erasable pen or correction fluid.
● Do not write on any bar codes.
● Dictionaries are not allowed.

INFORMATION
● The total mark for this paper is 50.
● The number of marks for each question or part question is shown in brackets [ ].
● The insert contains the reading passages.

1. Major sporting events attract public attention at a local and global level and in the media too. A sense of national pride is generated; hearing your national anthem played when, for example, competitors start a match or are presented with medals encourages a sense of belonging to a particular part of the world. Events such as the Olympic Games or the football World Cup bring people together from different nations as competitors, spectators and sometimes even heads of state.

It is reassuring to see leaders of countries sitting together chatting, smiling and watching when otherwise their names have been linked to hostility and suspicion towards one another. Hosting such sporting events earns income for the host country or city: Rio de Janeiro gained £110 million from hosting the 2014 football World Cup, while that same year the Commonwealth Games brought in £100 million for Glasgow.

2. These events can mark the culmination of years of preparation, perhaps gruelling daily training, so participants gain immeasurable satisfaction just from being there. Viewing these events raises the profile of sport in general and the importance of keeping fit; seeing a record breaking run might motivate people, not necessarily to think they can emulate this success, but to join a running club or take out a gym membership.

Famous athletes act as role-models for people, particularly the young; evidence of this exists in the sale of merchandise ranging from the obvious, such as sports clothes, to the surprising, such as soap and lunch boxes. There is nothing more thrilling than witnessing athletes at the peak of their physical fitness. Major sporting events help people to see what endurance, training and skill can achieve, whether through running 100 metres in just under ten seconds, skating in perfect harmony with a partner, or scoring that apparently impossible goal.

3. Most major sporting events attract spectators: cricket fans attend international matches together, members of local tennis clubs attend championship events and groups of football supporters travel long distances to cheer on their teams. All of this brings extreme enjoyment to spectators and unites them in a common purpose and friendship.

And travel is not necessary to bring about enjoyment, as spectators can view the event at home on television; as many people can now watch programmes at a time of their choosing, they no longer have to worry about differences in time zones, although there will always be some fans keen enough to sit up all night to watch a favourite athlete or team!

4. However, there is a downside to big sporting events. For participants, there is huge pressure to succeed, pressure which might come from the expectations of fans, trainers and even their families. This might lead to the mentality that sport is about winning at all costs; for example, it is not uncommon to witness footballers having temper tantrums because the match isn’t going their way.

The view that sport is about winning at all costs might lead to cheating, sometimes even by taking performance-enhancing drugs like steroids; unfortunately, there are many recorded cases of this kind of behaviour.

5. Although hosting such an event brings wealth to the host country or city, huge sums of money are needed to build stadiums and to stage the events: some people complain that money is wasted on increasingly elaborate opening and closing ceremonies, which might have more to do with politics than sport. Others argue that budgets for more useful things, such as healthcare, schools and roads, suffer when money is used for sporting events instead.

Moreover, ticket prices are usually so expensive that local people often can’t afford to attend. Depriving locals of the opportunity to experience sporting events is a terrible injustice. Additionally, after the sporting event has taken place, there are often no advantages for the local communities because many of the new stadiums lie empty.

6. It can be very expensive to send participants to major events. It is all very well for a country to bring back several medals, but if each one of those medals costs a huge amount of money per participant because public funding paid for travel, or for specialised equipment or clothing, it might be questioned whether the expenditure was justified by the results.

1. Kevin had recently started high school and his parents were very proud of him. ‘We never got that opportunity,’ Kevin’s mother told him. ‘Your father was certainly bright enough to go to high school and maybe he could even have been a teacher instead of working in a shop.’

When Kevin had homework, his father was very interested and sometimes attempted the exercises from the textbooks on his own before he went to bed, following the examples in Kevin’s mathematics or language books or in his previously corrected work. After a while he even felt confident enough to try to help his son.

2. One night his father was getting ready to go out and stood shaving in the bathroom. Kevin came into the tiny room, hoping to get some help with the Latin sentences he had to translate. ‘There are some words I can’t understand,’ he said. His father tried to edge closer to the mirror. ‘Look them up at the back of your book,’ he said. Kevin fumbled through the vocabulary lists. His father continued shaving, his face covered in soap. He groped for the towel and bent down to Kevin.

3. ‘I don’t have time to help you work it out for yourself, so I’ll tell you the answers just this one time,’ he said. Kevin held his pencil poised and wrote the answers into his notebook as his father confidently called them out with great speed. As he rushed out of the front door, his father shouted up the stairs. ‘Don’t ever ask me to do that again. You have to learn to do it without my help.’

4. The next morning, Kevin made his way to his Latin class. Of all the teachers in the school, the Latin teacher, Mr Waldo, was the one who commanded the most respect. Students seeing him walk along the corridor dropped their voices until he was out of earshot. His classroom entrance was always theatrical. He would take long strides into the room, his books clenched in his left hand and pressed tightly against his chest.

With his right hand he would swing the door behind him, closing it with a crash. If, as occasionally happened, the door did not close properly, he did not take his eyes from the class but backed against the door, snapping it shut with his behind. Two strides brought him to the teacher’s desk. He would crack his books down with a dramatic explosion and make a swift upward-sweeping gesture with his hands.

He hated slovenliness. Once, when presented with an exercise book with a tea stain on its cover, he picked it up, with the corner between thumb and one finger, opened the window and dropped it three floors to the ground.

5. Today the sweeping hand gesture brought the students quickly to their feet; once this mark of respect had been made, the hands were lowered to indicate they should sit down again. ‘Right, homework.’ The atmosphere was tense as Mr Waldo looked from one student to another. ‘We’ll begin with you Kevin.’ Kevin rose to his feet, his fingers trembling under the book.

He read out his first sentence and looked up at Mr Waldo whose face was expressionless. He would let a student, someone who was answering, ramble on and on with great imagination until that student faltered and admitted that he didn’t know something. Kevin went slowly through the whole exercise and stopped, waiting anxiously for a comment from the teacher. It was a long time before he spoke. ‘Every one of them is wrong,’ he said.

6. ‘But, sir, they can’t be wrong.’ Kevin said it with such conviction that Mr Waldo looked at him in surprise. ‘Why not?’ ‘Because my …’ Kevin stopped. It was too late to turn back now. ‘Because my father said so.’ Some students giggled quietly behind their hands at Kevin’s assertion as Mr Waldo asked, ‘And where does your father teach Latin?’ There was no escape.

He knew now there would be an exhibition for the class. ‘He doesn’t, sir. He works in a shop.’ ‘A shop!’ Mr Waldo mimicked and the class roared loudly. ‘If your brilliant father continues to do your homework for you, you’ll end up working in a shop yourself.’ Mr Waldo looked round the class. ‘Now we’ll have it right from someone.’

7. As the bell rang at the end of class, Mr Waldo gathered up his books and said, ‘Kevin, I want a word with you.’ Once the other students had gone, Mr Waldo said, ‘Kevin, I must apologise to you. I meant your father no harm. He’s probably a good man, a very good man. You may now join your class.’ ‘Yes, sir,’ Kevin nodded. But it was too late.

Dear students, click on this link to download o level english comprehension passages with answers PDF. Get other educational resources free in Courstika. If you have difficulty downloading, inbox on our Facebook page. Students can SUBSCRIBE to our YouTube channel to get other notes and suggestions. 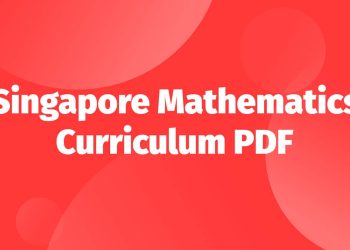 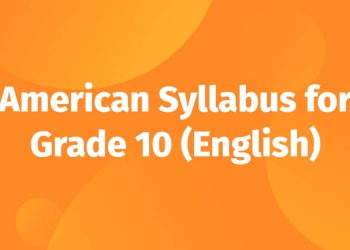 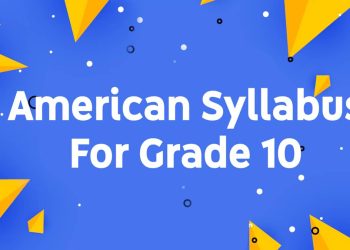 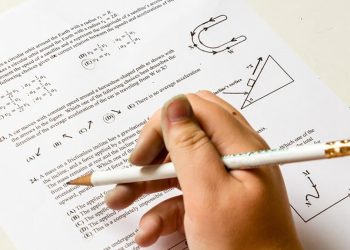