1. How was Spenser influenced by the protestant religion?
Ans: While studying at Cambridge, Spenser came under the influence of the strong protestant spirit which then pervaded the university.

5. What religious allegory do you to trace in The Faerie Queen?
Ans: The religious allegory in The Faerie Queen deals with the important religious event of the contemporary age. Here the Red Cross Knight stands for the reformat Church of England, fighting the corruption, pride, and manifold evils of Papacy, paganism and Catholicism as represented by the foul Dragon for the monster Error.

6. Whom does the poet invoke in The Faerie Queen?
Ans: Spencer at the beginning of The Faerie Queen prays to Clio, the Muse Of history for her help in writing his poem. He also appeals to Cupid, Venus and Mars for their patronage in writing the romantic epic.

7. Who is the noble Briton Prince?
Ans: Prince Arthur was the noble Briton prince whom the world had been looking for so long. He was represented by the Earl of Leicester who was in love with Queen Elizabeth I and wanted to marry her.

11. What task did the lady assign of the Red Cross Knight?
Ans: The lady come of a royal Parentage that ruled a vast Kingdom from the eastern shore to the western shore. But her parents were enslaved and the whole empire was ravaged by the infernal Dragon. So the knight was entrusted with the task of evenging this foul dragon and free her parents.

13. How were the Red Cross Knight and Lady Una enchanted by the grove?
Ans: The grove enchanted the weary travellers, the Red Cross Knight and Lady Una by its beauty. They kept moving forward when the birds’ song made them forget the tempest outside. They moved on praising the lofty trees like the pine, the Cedar, the Elms the Oaks, the Ash and so on.

14. How did the Lady warn the Knight at the entrance of the cave?
Ans: Lady Una advised the Red Cross Knight to be well aware and to strike with his sword after being sure of the danger, as dangers may come without show at unknown and wild places.

15. Who is ‘Error’?
Ans: The Monster Error is one of the evil forces against whom the Red Cross Knight has to fight. Error is represented as a horrible creature, with the face of a woman and the hind part a serpent.

9. Explain the conceit of twin- compasses.
10. How does Donne discard/ refute the pride of death as a mighty and dreadful power?
11. What kind of relationship does Donne want to establish with God in the sonnet, “Batter Me heart, Three- Personed God”?
12. Write a short not on Donne’s use of conceits in his love poems.

13. Write a short not on ‘Unified sensibility’ in metaphysical poetry.
14. Why and how does the poet rebuke the sun in the poem “The Sun Rising”?
15. What is the poet’s idea about the immortality of the soul in “Death Be Not Prud”?

1. What do you mean by ‘Carpe Diem’ theme?
2. What is the role of ‘Time’ in human life?
3. In what ways does the poem “To His Coy Mistress” look like a syllogism?
4. How does Marvell combine passion and intellect/ emotion and reason in “The Definition of Love”?

8. What is the nature of love between the poet and his beloved in “The Definition of Love”.
9. What is the role of time and Fate in human life as you find in Marvell’s poems?

1. What do you know of ‘Anglicanism’?
2. How was George Herbert associated with Anglicanism/ the Church of England?
3. Write a short note on Herbert’s use of metaphysical conceits.
4. What is the significance of larks flying upwards in the poem, “Easter Wings”?
5. How does the poet want to celebrate Christ’s victory over death?

1. Briefly describe the cosmology of Paradise Lost.
2. How does Milton invoke to the Heavenly Muse at the beginning of his epic?
3. Discuss the characteristics of Milton’s blank-verse.
4. How does Satan welcome his dwelling in hell?
5. How did Satan try to revive/rouse Beelzebub from his stupefied condition in Hell?

6. How does Satan plan to thwart God’s noble purposes?
Or, What evil design do you find in Satan’s character?
7. How does Satan call his legion to action?
8. How do the fallen angels respond to the call of Satan?
9. Describe how Moloch became a cruel pagan god.
10. What are the characteristic features of Belial?

11. Who was Mulciber? What role did he play among the fallen angels?
12. Describe the building of the Pandemonium the capital of Hell.
13. Write a short note on Milton’s use of epic similes in Paradise Lost.

The Rime of the Ancient Mariner Questions and Answers (PDF)

To a Skylark Questions and Answers (PDF) 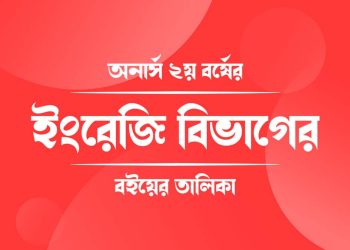 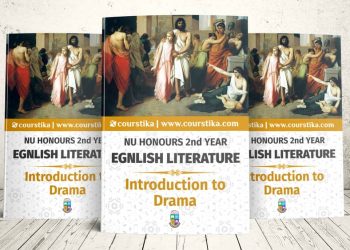