Rearrange for Class 7 with Answers (PDF)

rearrange for class 7 with answers pdf

2. Rearrange the following sentences in correct order.
(a) The honest woodcutter then took it and began to cut wood happily.
(b) Once there lived a poor woodcutter.
(c) She gave him a golden axe, but he did not accept it.
(d) He maintained his family by selling wood in the market.
(e) He was very honest.
(f) One day he was working beside a river.
(g) His axe fell into the deep water.
(h) The river goddess appeared before him.
(i) He sat beside the river and was crying.
(j) The goddess again brought a common axe.

3. Rearrange the following sentences in correct order:
(a) During his stay he received an unpaid letter from his friend, which contained nothing but some words.
(b) The poet had to pay double postage, so he became angry.
(c) So, he procured a heavy stone and packed it up in a box.
(d) His friend thought that the contents of the parcel were valuable.
(e) Thus, the poet taught his friend a good lesson.
(f) To his utter surprise, he found nothing but an ordinary stone.
(g) An English poet was staying in Italy for the benefit of his health.
(h) Then he sent it to his friend with the words on it “Carriage to be paid on delivery”.
(i) With a great hope he opened the box.
(j) He wanted to teach his friend a good lesson.

4. Re-arrange the following sentences in correct order :
(a) The Nobel Prize has been given since 1901.
(b) In 1850 Alfred Nobel joined his father’s company.
(c) He earned a lot of money from Dynamite business.
(d) He was an engineer and chemist.
(e) Dr Alfred Nobel was born on 21st October 1833 at Stockholm in Sweden.
(f) This award was named after Alfred Nobel and it was called “Nobel Prize”.
(g) His father Emanuel Nobel was an architect and researcher.
(h) He had ammunition business at Leningrad.
(i) He undertook a plan to give an award for encouraging the creative work for setting up peace in the world.
(j) After some years Alfred Nobel invented Dynamite.

5. Rearrange the following sentences in correct order.
(a) Then the leader of the robber came to Saadi.
(b) The merchant had their goods and a lot of money.
(c) He had bundle of books and some money with him.
(d) They travelled for twelve days without any trouble.
(e) He ordered Saadi to give all had to him.
(f) On the thirteenth day a gang of robbers attacked them.
(g) Sheikh Saadi handed him the bundle of books and the money without fear.
(h) Once Sheikh Saadi was going to Baghdad with a group of rich merchant.
(i) Saadi then said, “I hope that you will make good use of these books.”
(j) The robbers took away all the goods and money from the merchants.

6. Rearrange the following sentences in correct order:
(a) The Mayor called a meeting of the councillors.
(b) The people of the town came to the town hall.
(c) At that moment there was a knock at the door.
(d) They said to the Mayor to do something about rats.
(e) The Mayor and the councillors talked about the problem.
(f) A long time ago the town of Hamelin in Germany was faced with a great problem.
(g) The Mayor said, “Come in.”
(h) But they could not find a way out.
(i) The stranger entered the hall.
(j) It became full of rats.

rearrange for class 7 with answers pdf

7. Rearrange the following sentences in correct order and re-write them in a paragraph.
(a) Many of them lost their lives.
(b) They felt extremely happy when they stood there.
(c) Mount Everest is the highest peak in the Himalayas.
(d) Thus they went down in the history as the conquerors of Everest.
(e) They set out on March 10, 1953.
(f) Many people tried to conquer the mountain but could not.
(g) At last Hillary and Tenzing led an expedition.
(h) It is over 29000 feet high.
(i) After two months of difficult climbing they were able to reach the top.
(j) It was named after George Everest, an Englishman.

8. Rearrange the following sentences in correct order.
(a) The first friend climbed up a tree.
(b) Suddenly a bear came.
(c) Once upon a time two friends were passing through a forest.
(d) The later couldn’t climb up a tree.
(e) They were talking about their love for each other.
(f) He did not find any way.
(g) The bear smelt his ears, nose and face.
(h) He lay down on the ground and pretended to be dead.
(i) It went away.
(j) The bear thought him to be dead.

9. Re arrange the following sentences in correct order.
(a) His ‘Bangla Shahitter Katha’ is the first well arranged history of Bangla literature.
(b) They have come from different places of the world.
(c) He was awarded the Doctorate degree from Sorborne University in 1928.
(d) The world is full of great men.
(e) Dr. Mohammad Shahidullah was one of those who contributed a lot towards the Bangla language.
(f) He then joined the University of Dhaka as a professor of Sanskrit and Bangla.
(g) He passed the Entrance Examination in 1904.
(h) He was the greatest scholar of Bengal.
(i) This great scholar was born on 10 July, 1885.
(j) After that he did his B.A, M.A and B.L respectively.

10. Rearrange the following sentences in correct order.
(a) Then the monkey claimed the rest of the bread as his charge.
(b) They could not divide the bread as each of them wanted the larger share of it.
(c) He cut a small part of the piece and ate that instantly.
(d) They quarrelled for sometime over their issue.
(e) The monkey stopped his deception.
(f) One of them suggested to go to the monkey who had a scale.
(g) Once two rats found a loaf of bread.
(h) Accordingly, they went to the monkey to divide the bread piece properly.
(i) The cunning monkey divided the piece in such a way that it was not equally divided.
(j) The rats realized the monkey’s trick and ordered the monkey to stop it.

11. Rearrange the following sentences in correct order:
a. He won the 2nd Panipath battle in 1556.
b. It was the greatest victory in his life.
c. He was the grandson of Babar.
d. He ascended the throne of Delhi at the age of 13.
e. He was skilled in warfare.
f. Akbar was born in 1542 at Amarkoat in Sindh.
g. He had not much education.
h. He ruled over 50 years in India.
i. His father was Humayun.
j. His full name was Jalaluddin Mohammad Akbar.

12. Rearrange the following sentences in correct order.
(a) At last he found a jar in a garden having some water.
(b) As he was leaving the jar in despair, he noticed a heap of pebbles nearby.
(c) A crow was very thirsty and wanted to drink water.
(d) Then he hit upon a plan.
(e) When the water came to the mouth of the jar, the crow drank his heart full.
(f) He took some pebbles and started dropping them into the jar.
(g) But it was at the bottom and out of his reach.
(h) Then he flew away happily.
(i) He flew from one place to another in search of water.
(j) The crow tried to overturn the jar again and again but failed.

13. Rearrange the following sentences in correct order.
(a) When he had no other alternative, he started doing work, but it was too late.
(b) Long ago, there lived a young man in a village in America.
(c) Rip was very lazy and he disliked work.
(d) He was simple and fond of children.
(e) But he did not listen to her.
(f) He lost all his wealth.
(g) The children of the village also loved him.
(h) His name was Rip Van Winkle.
(i) His idle habits made his wife angry.
(j) She asked him to earn money to maintain his family.

14. Re arrange the following sentences in correct order.
(a) A mouse was playing nearby.
(b) The mouse cut the rope with his sharp teeth and set the lion free.
(c) The lion caught hold of the mouse and wanted to kill it.
(d) One day a lion was sleeping in a cave.
(e) One night the mouse heard the roar of a lion.
(f) But he did not lose heart.
(g) The mouse became very much frightened.
(h) He requested the lion to excuse him for the first time.
(i) The lion felt pity for the mouse and let it go.
(j) The mouse went there and found the lion trapped in a net.

15. Rearrange the following sentences in correct order.
(a) One said, “I have lost my husband.”
(b) A poor woman once came to Buddha.
(c) The sorrowful mother went from door to door seeking the mustard seeds but at every door she met with sad replies.
(d) She returned with heavy heart to the great teacher and told him the result of her great search.
(e) He told her that there was only one medicine which could revive her son.
(f) Another said, “Our youngest child died last year.”
(g) Then Buddha told her affectionately that she must not think much of her own grief since sorrow and death are common to all.
(h) The holy man was touched by the great sorrow of the woman.
(i) She asked him whether he could give her any medicine to restore her dead child to life.
(j) He told her to bring a handful of mustard seeds from a house where death had never entered. 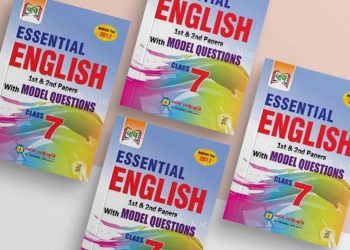 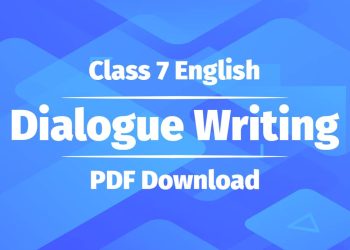 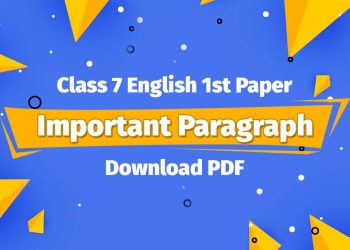 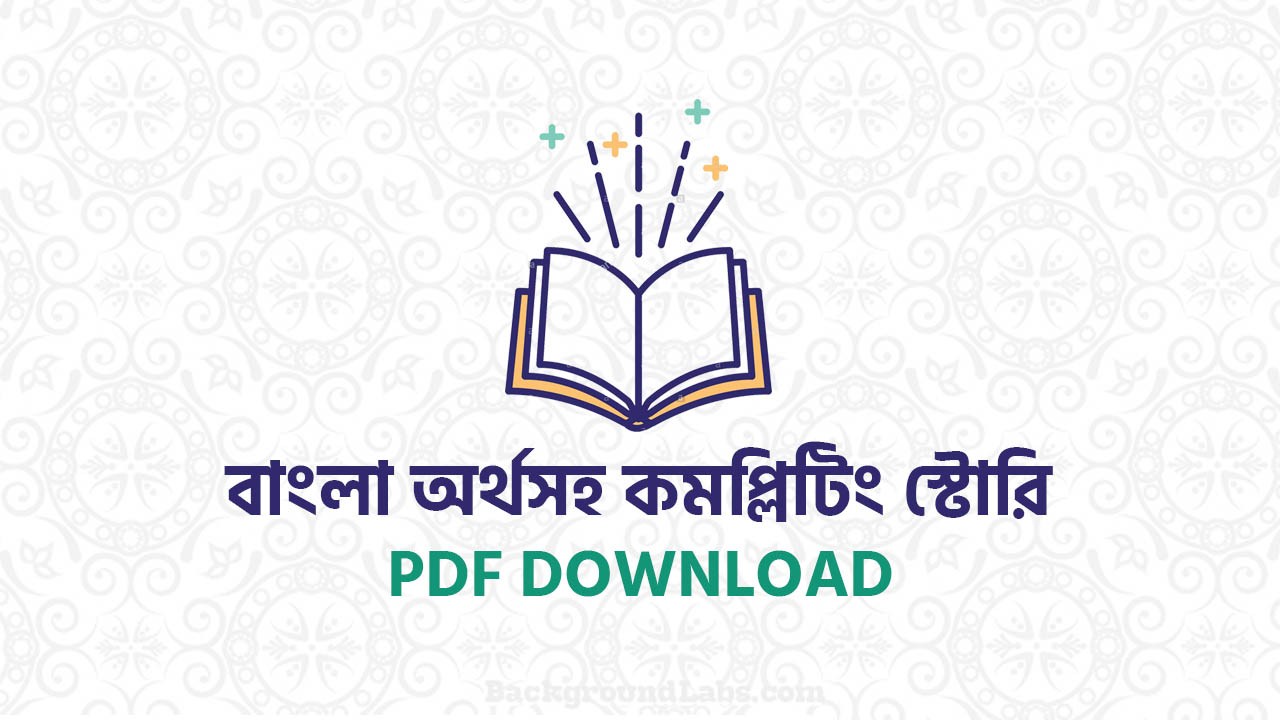 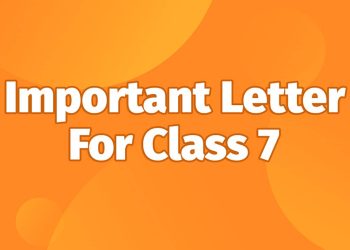 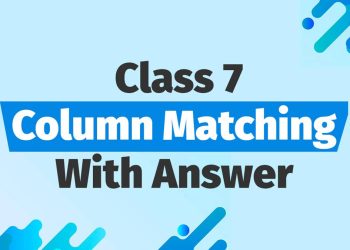 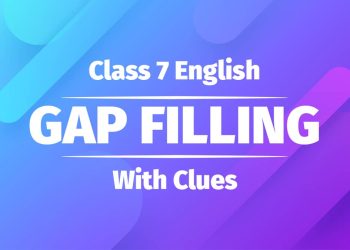 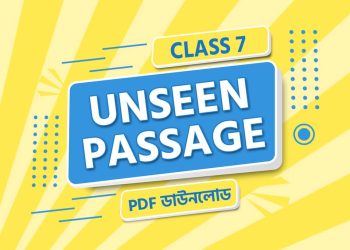 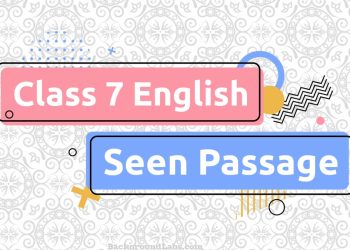